After over a year of being kept off campus for its Christian beliefs, the student group Chi Alpha has been reinstated at the California State University Stanislaus campus.

Chi Alpha, a Christian organization for college students, was kicked off campus at Stanislaus and ordered to change its policies at three other California State campuses after the California State University system adopted a new policy banning students in religious clubs from requiring their leaders to share their faith.

“For religious students, groups like Chi Alpha are a place of refuge. It’s just common sense – and basic liberty – for religious groups to be led by students who share their faith,” said Adèle Auxier Keim, legal counsel for the Becket Fund.

Cal State Stanislaus administrators in Sept. 2014 derecognized the Chi Alpha chapter and locked Chi Alpha’s students out of the meeting space they had reserved for their fall kickoff meeting.

After months of negotiations, the Cal State Chancellor’s Office agreed that while religious student groups couldn’t require all leadership candidates to share their faith, students were free to select leaders whose lives and beliefs reflected their group’s message.

As of Nov. 19 all four Chi Alpha chapters – Cal State Stanislaus, Cal State Sacramento, San Diego State, and Cal State Fresno — are back on campus as recognized student groups. But Keim claims that Chi Alpha still has fewer rights than fraternities and faces an unfair burden on its ministry.

“Cal State has adopted a halfway solution that still gives fraternities more rights than campus religious groups. But they’ve acknowledged that students can vote for a candidate who shares their beliefs, and that’s a step in the right direction,” said Keim. 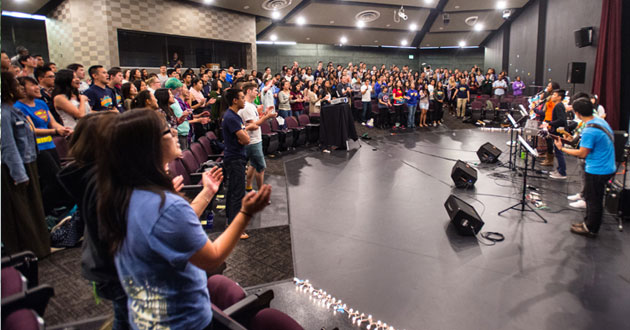 A Christian should lead Christians