The Pacific Justice Institute—Center for Public Policy (PJI-CPP) is opposing new legislation that threatens to fine retailers for separating boys’ and girls’ clothing, toys, and other childcare products.

Assembly Bill 2826, introduced by Asemblymember Evan Low (D-Silicon Valley), would impose fines of $1,000 on large retailers that have different departments for boys’ and girls clothing, and as well as childcare products and toys. In a press release from his office, the Assemblymember cited a need to protect children from being stigmatized when they choose toys or clothing identified with another gender.

PJI-CPP is sending a letter to Asm. Low explaining its opposition. Among other things, PJI-CPP notes that the legislation creates content-based restrictions on speech, which are deemed presumptively unconstitutional and rarely survive a First Amendment court challenge.

Brad Dacus, president of PJI-CPP, commented, “California is killing freedom, innovation, and common sense with its endless bans, fines, and mandates. Compassion for our LGBTQ+ friends and neighbors does not require us to embrace absurdities on gender. No child should be bullied or stigmatized, and neither should the State bully retailers into making it harder for moms and dads to find boys and girls clothing and toys. It’s time for voters to demand more accountability of their elected officials.”

As of this writing, AB 2826 had not yet been assigned to a committee or scheduled for a hearing. Dacus added that it would be a mistake to dismiss such legislation as having no chance of adoption. Asm. Low previously pushed legislation, AB 2943, that sought to ban counseling sought by adults with unwanted same-sex attraction and gender dysphoria. That bill was passed by both houses of the California Legislature before Low unexpectedly withdrew it. 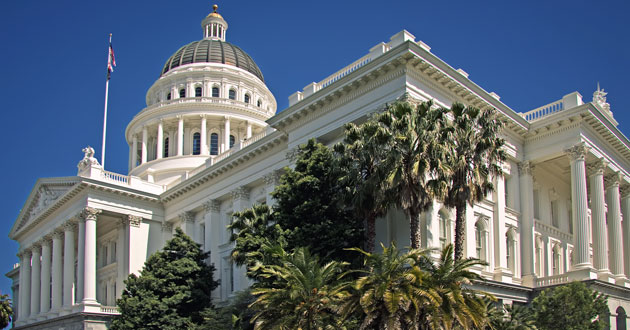