There’s been an escalation of attacks on freedom of speech and religion in America.

The First Amendment is for all people of all creeds and faiths. It’s the bedrock of our nation. The First Amendment illustrates the Founders’ belief that “Congress shall make no law respecting an establishment of religion, or prohibiting the free exercise thereof; or abridging the freedom of speech, or of the press; or the right of the people peaceably to assemble, and to petition the government for a redress of grievances.” 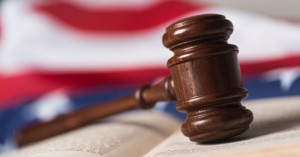 “Never in American history has the concept of free speech been under attack as it is today. One thing everybody agreed with in American history [is]: ‘I will fight for your right to say whatever you think, even if I differ with you,’” Dennis Prager said.

Prager who stars in the documentary “No Safe Spaces” with Adam Carolla and Ben Shapiro about the suppression of free speech in America. “Liberty is a value, not an instinct. It is learned, it is taught, it is believed in,” he continued. 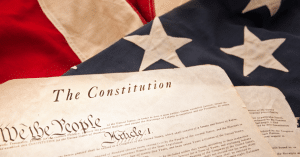 “Ours is the only Constitution with a Bill of Rights, protecting every American,” North said. “We’re the only country on planet earth where every law office, every member of the armed forces, every government office, every judge takes the oath of office to protect and to defend the Constitution… People of faith must vote, pray and stand together.”

Gohmert asserted Americans have lived in a bubble, however. In the past, there was a time when people weren’t discriminated against for being Christian. This led to, “I believe, the greatest country in the history of the world – more opportunities, more freedoms, more assets than even Solomon’s Israel. So why was that? I don’t know. God has his reasons. But we have been richly blessed, and it was fine that everybody didn’t believe that. They were able to be blessed because a majority of this country did believe in God and did believe in the 10 Commandments and did believe those things that were biblical. And things have changed. And we are in danger of losing it all because enough people have not stood up and fought – fought for what we believe in.”

Bauer, founder and president of American Values additionally pointed out the nation is constantly vilified, despite its greatness.

“The United States has provided more liberty and more freedom for more people than any country in the history of the world. In the United States, in our schools, teachers at every level, beginning in elementary school, the high schools — all the way up to the universities are teaching our children that America is an evil country and it was evil at its very birth,” said Bauer, who was appointed by President Trump to the U.S. Commission International Religious Freedom in 2018 and is currently serving a second term. “…God’s hands of blessings were on this nation from the very beginning. “[The Founding Fathers] understood that liberty doesn’t come from government, that it comes from God.” He appended that it doesn’t matter what ailments one has, or race someone is, all people have dignity, value and worth.

Prager cited the significance of Deuteronomy 11:19 about the importance of educating the next generation on American values and faith, or they would be left with nothing. “And ye shall teach them to your children, speaking of them when thou sittest in thy house, and when thou walkest by the way, when thou liest down, and when thou risest up.”

The Constitution applies to all people — a paradigm for governance other countries model. The First Amendment to the U.S. Constitution protects freedom of speech, religion and the press. This includes peaceful protest and “petitioning the government.” As many of the speakers said, Americans should never take our liberties for granted, and to be acutely aware of the warnings.

Bidenomics: Over Tax, Overspend, and Inflate

Lee Greenwood Is Booted by Biden From National Arts Council

Public Prayer is Prohibited on the Grounds of the U.S. Capitol Building on the 4th of July

On Flag Day, an American Teen Reminds Us of the Freedoms and Sacrifices That Unite Us