Barronelle Stutzman, the Washington state florist sued for declining to create custom floral arrangements for a gay wedding, has asked the U.S. Supreme Court to hear her case. In their July 14 appeal, Stutzman’s attorneys asked the court to consolidate her case with that of Colorado baker Jack Phillips,’ which the court agreed to hear this fall.

Stutzman’s attorneys with ADF also represent Phillips in Masterpiece Cakeshop v. Colorado Civil Rights Commission. Both petitions question whether the government can compel the baker or the florist to “create expression that violates their sincerely held religious beliefs about marriage.”

The state of Washington and Robert Ingersoll, who is represented by the American Civil Liberties Union, sued Stutzman in two separate lawsuits. She stands to lose her business and her personal assets if the court rules against her or Phillips.

“This Court’s review is needed to prevent the state from silencing professional speech creators with dissenting religious views,” the petition states. 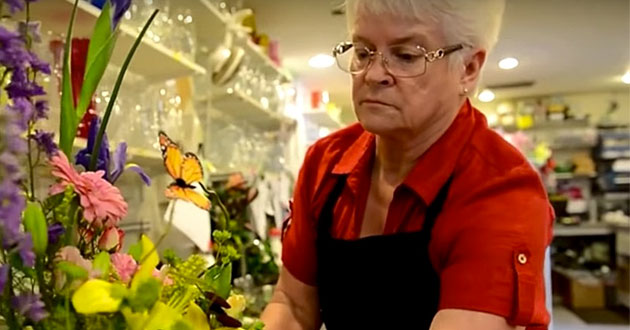