On January 13, the U.S. Supreme Court begins the second half of its term that will end in late June. During that time, the Justices will hear an important school choice case in January, a significant abortion case in March, and, later in the spring, a crucial case involving the authority of religious organizations to pick their leaders without government interference. The Court will also decide whether to grant review in several important First Amendment cases, including two Alliance Defending Freedom (ADF) cases: Arlene’s Flowers and Thomas More Law Center.  And we expect to see a decision in the ADF case Harris Funeral Homes before the end of June.  As we begin 2020, here are six cases to watch at the Supreme Court.

On January 22, the Court will hear oral arguments in Espinoza v. Montana Department of Taxation. This case could expand the free-exercise victory Alliance Defending Freedom won in Trinity Lutheran in 2017, which struck down a state policy that excluded church-run preschools from receiving grants to build safer playgrounds.

The Justices will hear oral arguments in June Medical Services v. Gee on March 4.  In this case, abortionists challenge a Louisiana law that requires them to have admitting privileges at local hospitals. This law helps ensure that the doctors at abortion facilities are competent, and that they are able to treat a woman at a nearby hospital without interruption if the woman suffers medical complications from her abortion. One question before the Court is whether its decision in Whole Woman’s Health v. Hellerstedt effectively invalidated every state law requiring abortionists to have admitting privileges, or whether the constitutionality of such laws depends on the specific circumstances of each state that has one. The Fifth Circuit Court of Appeals upheld the law because there are significant differences between this case and Whole Woman’s Health v. Hellerstedt.

There is another important aspect of this case – whether abortionists automatically have the right to represent the interests of women seeking abortions and to use those interests to challenge state laws regulating abortion. Louisiana points out that in this case, the abortionists are challenging a law that protects women, so their interests are in conflict. And if the women did believe the law violated their rights, they could file their own lawsuits.They don’t need third party representation by the abortion providers. If the Supreme Court rules that abortionists cannot represent women’s interests in this case, abortionists will find it more difficult to invalidate other abortion regulations designed to protect women.

The Supreme Court will hear oral arguments in March or April 2020 concerning two Catholic schools in California that declined to renew two teachers’ contracts. Both teachers taught Catholic doctrine to the students as part of their regular job duties. Both teachers filed lawsuits against their respective schools, claiming age discrimination in one case, and disability discrimination in the other. The Ninth Circuit, which has jurisdiction over California, wrongly ruled against the parochial schools in both cases. It rejected the argument that the religious schools were protected by the First Amendment’s ministerial exception, which protects religious groups’ right to decide who will lead and teach the faith without governmental interference.

Ministers and other leaders cannot bring employment discrimination claims against churches or other religious institutions. So the legal issue in these cases is how a court determines who qualifies as a minister or leader. Members of different faiths have a broad variety of ways in which they identify their leaders. The Supreme Court will determine whether courts should look primarily at the actual functions the employee performs, or mainly at other factors like the employee’s training and job title, as the Ninth Circuit ruled in both of the cases. The names of the cases are Our Lady of Guadalupe v. Morrissey-Berru and St. James School v. Biel.

4. The Supreme Court will decide whether to hear Barronelle Stutzman’s case in Arlene’s Flowers.

The Supreme Court will decide, perhaps as early as mid to late January, whether to hear Barronelle Stutzman’s case. Barronelle, the owner of Arlene’s Flowers in Richland, Washington, served and built a friendship with a gay customer over nearly 10 years. But when he asked her to create the floral designs celebrating his same-sex wedding, she politely explained that she could not do so because of her biblical beliefs about marriage. Having received no complaints about Barronelle, the Attorney General of Washington concocted a one-of-a-kind lawsuit and, with the ACLU, sued Barronelle and her business. Earlier this year, the Washington Supreme Court upheld a ruling against Barronelle. This occurred even after the U.S. Supreme Court vacated an earlier ruling by the same court against Barronelle in light of the ADF free-exercise victory in Masterpiece Cakeshop in 2018.Stay tuned to see what the Court does with this important case.

5. The Supreme Court will also decide whether to hear the ADF Thomas More Law Center case.

ADF also represents the Thomas More Law Center and has asked the Supreme Court to hear an important case involving that client.  Although Thomas More Law Center is headquartered in Michigan, the California Attorney General ordered it to disclose the names of its large donors if it continues to raise money in that state. But the California Attorney General has a notoriously sloppy track record of security and has leaked hundreds of donors’ names and addresses online. And at a trial, the Attorney General’s staff admitted they do not actually need these records to do their job of overseeing charitable organizations. On January 10, the Supreme Court will first consider whether to hear this case.

6. The Supreme Court’s opinion in Harris Funeral Homes is expected before the end of June.

Sometime before the end of June, the Supreme Court will announce its decision in the ADF Harris Funeral Homes case, which ADF attorney John Bursch argued before the high court on October 8, 2019. This case involves the legal question whether the ban on “sex” discrimination in Title VII actually forbids discrimination based on “gender identity.” The meaning of “sex” under federal law has important ramifications for women’s athletics, privacy spaces, and women’s rights, among many other things. No one knows exactly when the decision will come down, but it will probably not be announced until Spring 2020 or later. 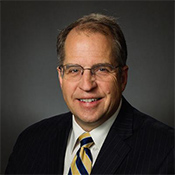 Jordan Lorence serves as senior counsel and director of strategic engagement with Alliance Defending Freedom, where he plays a key role with the Strategic Relations & Training Team. His work has encompassed a broad range of litigation, with a primary focus on religious liberty, free speech, student privacy, conscience rights of creative professionals, and the First Amendment freedoms of public university students and professors.