Response to the one-night premiere of “The Insanity of God” in movie theaters across the United States has prompted an encore showing for Tuesday, Sept. 13.

The feature documentary produced by the International Mission Board and Cooke Pictures and distributed by LifeWay Films tells the story of missionaries Nik and Ruth Ripkin. After the death of their son, the couple traveled to 72 countries into the depths of the persecuted church to find out if God actually makes a difference in difficult places. The film is based on a best-selling book of the same name released by the B&H Publishing Group.

LifeWay Film’s Trey Reynolds said many theaters were sold out for the Aug. 30 premiere.

“The night ended with more than 70,000 tickets sold — 40 percent more than our goal,” he said. “The film came in at number one in per-theater average, beating major films being played with nearly triple the amount of theaters.”

The movie trended on social media across the country. One person posted on Twitter, “#InsanityofGod is the most stunning movie I have ever seen.” Another tweeted, “After watching #InsanityofGod my 12yrold daughter is talking 2 me about wanting to be a missionary.” And another wrote, “Thank you for the #InsanityofGod movie 2nite – challenging, awe inspiring, convicting.”

Reynolds credited the success of the film to the support from local churches.

“This film is the ultimate challenge to believers of how to spread the Gospel and one of the greatest tools for the church to use in her mission of building disciples. Based on the response we’ve seen thus far, we believe thousands of believers and non-believers alike were touched on a different level by this story,” Reynolds said.

“We pray everyone who missed it Tuesday will get a chance to experience this great story Sept. 13, and it will touch more lives and change hearts across the country.”

Tickets for the Sept. 13 showing will be available online at FathomEvents.com and at participating theater box offices. Watch a trailer of the film at insanityofgodmovie.com. 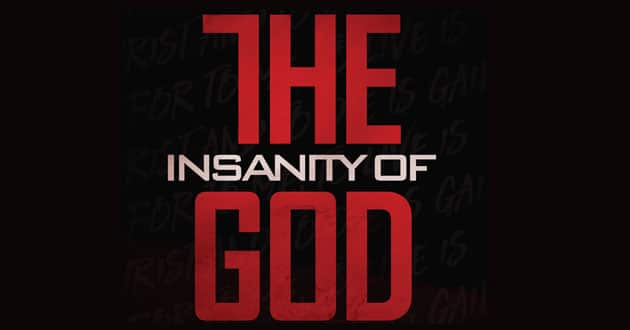 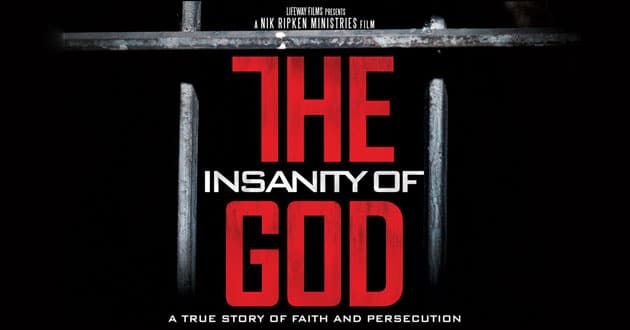