A month-by-month look at the biggest news events of the past year.

2  | Protesters, led by Ammon and Ryan Bundy, take over a wildlife refuge in Oregon and begin a weekslong standoff that ends with one dead and eight arrested.

13 | Iran releases 10 U.S. sailors after detaining them when their Navy vessels veered into Iranian waters.

16 | President Obama declares a state of emergency in Flint, Mich., due to contaminated water. … ISIS attacks the city of Deir al-Zour, beheading at least 150 persons and kidnapping 400 civilians.

22 | The annual March for Life proceeds in Washington, D.C., as -winter storm Jonas begins dumping record amounts of snow on New York, Baltimore, and other cities.

2 | The average price of gasoline falls to less than $1.80 per gallon.

6 | Thousands of people march across 14 European countries protesting the influx of migrants. … An earthquake causes a 17-story apartment complex in Taiwan to collapse, trapping hundreds and killing more than 100.

7 | The Denver Broncos score a 24-10 win over the Carolina Panthers in Super Bowl 50 at Levi’s Stadium in Santa Clara, Calif.

12 | Pope Francis and Patriarch Kirill meet in Cuba, the first such meeting in nearly 1,000 years between leaders of the Roman Catholic and Russian Orthodox churches.

13 | Supreme Court Justice Antonin Scalia dies while on a hunting trip in Texas.

16 | The South Dakota Senate passes a bill requiring transgender students to use bathrooms and locker rooms corresponding to their biological sex, but Gov. Dennis Daugaard later vetoes it.

21  |  “Risen,” a film that tells of Jesus’ resurrection from the eyes of an unsaved soldier who participated in His crucifixion, opened in first place at the box office.

22 | After receiving millions of dollars in ransom, ISIS releases the last 40 of 230 Assyrian Christians kidnapped a year ago in Syria.

23 |  President Obama outlines his plan to shut down Guantánamo Bay.

1 | Astronaut Scott Kelly returns to Earth after 340 days aboard the International Space Station, a record for a U.S. astronaut.

2 | The UN Security Council votes to impose new sanctions against North Korea for its recent nuclear and missile tests.

4 | Gunmen kidnap a priest and kill 16 persons, including four nuns, at a convent and nursing home in Yemen.

13 | President Obama signs a disaster declaration for Louisiana after flooding damages homes and prompts evacuations. Flooding in August will cause more devastation.

15 | As peace talks begin in Geneva, Russian forces begin withdrawing from Syria after months of fighting rebel groups. … The Obama administration reverses itself and blocks oil drilling off the Atlantic Coast.

17 | Days after the House of Representatives unanimously votes to label ISIS attacks on Christians as genocide, Secretary of State John Kerry says the State Department has reached the same conclusion.

18 | In a deal reached with the European Union to curb the flood of refugees, Greece may now send back migrants fleeing from Turkey.

20 | President Obama visits Cuba, the first time in more than 80 years a sitting U.S. president has visited the country.

22 | ISIS claims responsibility for a Brussels terror attack at a subway station and airport that killed more than 30 persons and injured hundreds.

23 | North Carolina Gov. Pat McCrory signs a bill mandating -students use bathrooms corresponding with the sex on their birth certificate. The decision sparks a backlash from big businesses, including numerous event cancellations.

27 | A suicide bomber attacks a park in Lahore, Pakistan, killing more than 70 persons and injuring hundreds.

28 | The FBI cracks the encryption on the San Bernardino shooter’s iPhone, ending its court battle with Apple over access to the device.

4 | California and New York become the first states to enact plans to raise the minimum wage to $15. … The Supreme Court upholds a Texas law that counts everyone, not just eligible voters, in deciding how to draw legislative districts. … Villanova defeats North Carolina 77-74 in the NCAA men’s basketball championship game.

5 | The University of Connecticut women’s basketball team defeats Syracuse 82-51, ending the season with a 38-0 record and securing its fourth consecutive championship. … Mississippi Gov. Phil Bryant signs a religious freedom bill that protects those who withhold services based on religious objections.

25 | President Obama authorizes the deployment of up to 250 special operations troops to support Syria and the fight against ISIS.

27 | A federal court sentences former Speaker of the House Dennis Hastert to 15 months in prison for a bank fraud case linked to sexual abuse allegations.

3 | Wildfires force the evacuation of 80,000 persons in the Canadian oil city of Fort McMurray.

9 | North Carolina files suit against the Department of Justice (DOJ) to defend its “bathroom bill.” The DOJ files a federal civil rights lawsuit to bar the bill’s implementation.

12 | A federal judge strikes down a portion of Obamacare, ruling President Obama does not have authority to spend money on subsidies to health insurers without congressional appropriation.

15 | The U.S. Supreme Court hands a victory to the Little Sisters of the Poor (and fellow petitioners), telling the lower courts to find an alternative accommodation to the HHS contraceptive mandate.

19 | EgyptAir Flight 804 disappears from radar, plunging into the Mediterranean Sea, killing all 66 persons aboard.

22 | The Iraqi army launches an offensive on ISIS-controlled Fallujah and liberates the besieged city by the end of June.

23 | The U.S. government lifts a decadeslong ban on arms sales to Vietnam.

24 | A judge rules Bill Cosby, 79, will stand trial next year on sexual assault charges stemming from a 2004 incident.

25 | Eleven states file suit against the Obama administration over its demand that public schools allow students to use the restroom and locker room facilities of their choice.

28 | Cincinnati Zoo officials shoot and kill a gorilla after a 3-year-old boy falls into the enclosure.

2 | Former Stanford University student Brock Turner receives a six-month jail sentence for a 2015 sexual assault of an unconscious woman—sparking public outrage for what many call a lenient punishment.

14 | An alligator drags 2-year-old Lane Graves into a lake near Disney’s Grand Floridian, killing the boy.

20 | Four gun control measures fail to pass in the Senate.

23 | The U.S. Supreme Court votes to uphold affirmative action but, in a deadlocked decision, thwarts President Obama’s immigration plan. … A Baltimore judge acquits Caesar Goodson, the only police officer charged with murder in the 2015 death of Freddie Gray. … The United Kingdom votes to leave the European Union. Prime Minister David Cameron resigns the next day, and Theresa May takes over in July.

25 | President Obama signs a disaster declaration after record flooding in West Virginia claims the lives of 26 persons and devastates 44 of the state’s 55 counties.

27 | The Supreme Court strikes down as unconstitutional two provisions of a Texas law regulating abortion centers, and the next day rejects the appeal of Washington state pharmacists who objected to selling abortifacients.

1 | ISIS claims responsibility for an attack on a Bangladesh restaurant that left more than 20 persons dead.

14 | Mohamed Lahouaiej-Bouhlel drives a truck into a crowd of people gathered for Bastille Day in Nice, France, killing at least 84 persons and injuring hundreds.

15 | An attempted coup of Turkey’s government fails but leaves more than 230 persons dead, over 1,000 wounded, and thousands under arrest.

22 | Fires, fueled by high temperatures and a yearslong drought, rage in California. … Ali Sonboly, 18, shoots and kills nine people and wounds 16 others at a Munich shopping mall.

25 | The FBI says it is investigating the hacking and leaking of Democratic National Committee emails.

30 | A hot air balloon crashes in central Texas, killing all 16 persons on board—the deadliest such accident in U.S. history.

5 | The 2016 Summer Olympics open in Rio de Janeiro, Brazil. By close on Aug. 21, the United States walks away with the most golds and medals overall.

8 | A six-hour system shutdown grounds Delta planes and strands passengers around the world.

16 | More than 82,000 persons flee the raging Blue Cut wildfire in San Bernardino County, Calif. … Russia launches airstrikes on Syria from an air base in Iran—the first time a major world power has used the Islamic Republic to stage military attacks since the 1979 revolution.

17 | Media outlets circulate a picture of a dazed and bloodied Syrian boy after an airstrike in Aleppo.

18 | The Obama administration admits a $400 million cash payment to Iran related to a 1970s military equipment deal was “contingent” on the release of four American citizens.

21 | A Texas judge blocks the Obama administration from allowing transgender students to use bathrooms and locker rooms of the opposite sex.

29 | After weathering intense criticism over its EpiPen price hike, drugmaker Mylan says it will sell a generic version for half the price.

30 | The Associated Press documents 72 mass graves in Iraq and 17 in Syria that could contain as many as 15,000 victims of ISIS. … An airstrike kills ISIS spokesman Mohammad al-Adnani in northern Syria.

31 | A year of social and economic instability culminates with the Brazilian Senate voting to remove President Dilma Rousseff from office.

7 | Physicians in Aleppo, Syria, say they treated victims of a chlorine gas attack.

8 | North Korea claims it detonated another nuclear bomb. The blast causes an earthquake near the test site.

9 | A major leak shuts down an Alabama gasoline line. A few weeks later an explosion along the same pipeline kills one worker and injures five others.

17 | Police in New York and New Jersey investigate pipe bomb blasts that went off hours apart. The blast in Manhattan injures 29 persons. … ISIS claims the man who stabbed nine persons at a Minnesota mall was an ISIS soldier.

18 | Vladimir Putin’s party wins parliamentary elections, paving the way for him to run for a fourth term as Russia’s president.

28 | Congress overrides President Obama’s veto of a bill allowing 9/11 victims’ families to sue Saudi Arabia for backing some of the terrorists. The vote was the first veto override of Obama’s presidency. … Jesse Osborne, 14, allegedly kills his father before opening fire at a Townville, S.C., elementary school, shooting three. Jacob Hall, 6, later dies from his injuries.

3 | The United States cuts off diplomatic contacts with Russia over Syria, and Russia withdraws from a nuclear pact.

4 | Hurricane Matthew hits Haiti, killing at least 1,000 persons. The Category 4 storm then causes havoc in the Bahamas, Cuba, Florida, Georgia, and the Carolinas.

17 | The Iraqi government launches an offensive to take back Mosul, the last major Iraqi city under ISIS control.

21 | A massive cyberattack against Dyn, an internet routing company, blocks access to popular websites like Netflix, Spotify, and Etsy.

27 | North Dakota police in riot gear arrest 141 protesters from private land in the path of the Dakota Access oil pipeline.

3 | At least 240 migrants die in shipwrecks off Libya’s coast in the Mediterranean Sea, bringing the number of migrant deaths in 2016 to at least 4,220. … In a Game 7, 10-inning thriller, the Chicago Cubs defeat the Cleveland Indians 8-7 and win their first World Series since 1908. … Federal officials fine Penn State University $2.4 million for numerous violations of a campus safety law.

10 | A prolonged drought in the Southeast fuels wildfires in the Appalachian Mountains.

26 | People pour into the streets of Miami’s Little Havana neighborhood to celebrate the death of Cuban dictator Fidel Castro.

28 | Somali refugee Abdul Razak Ali Artan drives his car into a crowd of pedestrians at Ohio State University before jumping out of his car and stabbing bystanders. … A plane carrying a Brazilian soccer team crashes in Colombia, killing more than 70 persons.

2 | A fire during a party at an Oakland, Calif., warehouse claims the lives of at least 36 persons.

7  |  2ndVote confirms Macy’s Inc. has discontinued contributions to Planned Parenthood after customers complained of the chain’s support of the abortion provider.

10 | Sophomore quarterback Lamar Jackson of the University of Louisville wins the Heisman Trophy, with 51 touchdowns and 4,928 total yards this year. … Two bomb blasts outside a soccer stadium in Istanbul kill 38 persons and wound more than 160. … A church roof collapses in southern Nigeria, reportedly killing 160 persons gathered for the ordination of a bishop.

11 | A bomb blast during Mass kills 25 persons and wounds 49 at a Coptic chapel in Cairo.

19 | The Electoral College voted 304 to 227 to elect Donald Trump president of the United States over Hillary Clinton. Seven electors voted for alternative candidates. … A man driving a truck slammed into a Christmas market in Berlin, killing 12 and injuring 48. Police apprehended a 23-year-old refugee they identified as Naved B. 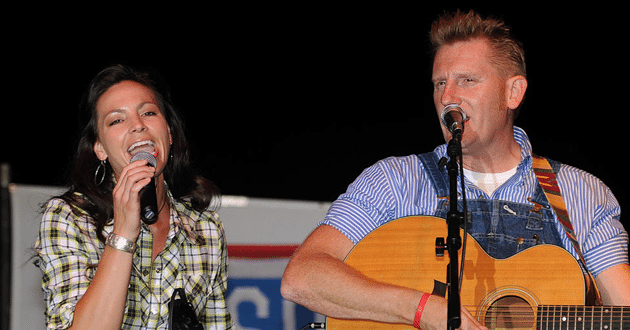