The past year has been marked by many breaking news stories that have had a significant an impact on our nation and the world.

Donald Trump emerged in the summer as the front-runner in the race for the 2016 GOP presidential nomination and remained atop the polls into December.

Jan. 2 | Turkey grants permission to construct the first church building in the country in nearly a century.

Jan. 3 | Boko Haram militants attack residents of Baga and other Nigerian towns, killing as many as 2,000 and sending thousands of survivors fleeing.

Jan. 11 | Millions (including many foreign presidents and prime ministers, but not Barack Obama) march down the Boulevard Voltaire in Paris to protest the Charlie Hebdo massacre. 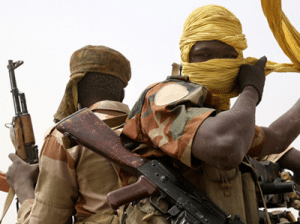 Jan. 21 | U.S. diplomats arrive in Havana (for the first time since the 1970s) for two days of talks aimed at normalizing relations with Cuba.

Feb. 11 | The United States, France, and Britain evacuate their embassies in Sanaa, Yemen, as an anti-American Shiite militia takes power.

Feb. 15 | ISIS releases a video showing the beheading of 21 Christians—one from Ghana and 20 from Egypt—kidnapped in Libya.

Feb. 18 | Former Atlanta Fire Chief Kelvin Cochran files suit against the city of Atlanta and Mayor Kasim Reed, saying the city violated his equal protection rights in firing him over his Christian beliefs.

The United Kingdom becomes the first country to legalize the creation of three-parent embryos.

Feb. 25 | Winter storm “Remus” hits the South, dumping up to a foot of snow and stranding motorists along Alabama’s Interstate 65.

March 8 | Thousands gather in Selma, Ala., to observe the 50th anniversary of the 1965 “Bloody Sunday” civil rights march.

March 10 | Hillary Clinton addresses questions regarding her use of a private email account while secretary of state.

March 15 | Boston records its snowiest season on record with 108.6 inches.

April 5 | Rolling Stone retracts a discredited article about a purported gang rape at the University of Virginia.

April 8 | The district attorney drops murder charges against Texas mother Hannah Overton in the death of her foster son Andrew.

April 10 | Barack Obama and Raúl Castro shake hands in Panama, in the first such meeting between U.S. and Cuban presidents since the Cuban Revolution.

As many as 700 migrants die when their boat sinks while crossing the Mediterranean Sea from Libya to Italy.

April 24 | Former Olympic champion Bruce Jenner says he is transgender. He soon appears on the cover of Vanity Fair as “Caitlyn.”

May 9 | Liberia marks the end of an Ebola epidemic that claimed the lives of more than 4,700 citizens. More cases re-emerge in following months.

May 11 | The NFL suspends New England Patriots quarterback Tom Brady for four games and penalizes the team for its role in “Deflategate.” A judge later overturns the suspension.

May 17 | A biker brawl at a restaurant in Waco, Texas, leaves nine persons dead, 18 injured, and 170 under arrest.

May 19 | A ruptured pipeline north of Santa Barbara, Calif., leaks 105,000 gallons of crude oil, with 21,000 gallons contaminating the Pacific Ocean.

May 21 | Josh Duggar resigns from the Family Research Council after publication of sexual abuse accusations from 12 years prior. On July 16, TLC cancels the show 19 Kids and Counting.

May 22 | Citizens in Ireland vote to legalize same-sex marriage.

May 26 | The IRS reports that thieves hacked into its system and compromised thousands of taxpayer accounts.

May 28 | A federal grand jury indicts former U.S. House Speaker J. Dennis Hastert on charges of lying to FBI agents and making illegal payments to an undisclosed person to cover up “prior misconduct.”

May 29 | The United States officially removes Cuba from its list of state sponsors of terror.

June 1 | A Chinese cruise ship capsizes and sinks during a windstorm, killing more than 400 persons.

Wholesale egg prices hit a record $2.62 per dozen due to a bird flu outbreak.

June 9 | An appellate court rules that Texas can require abortion clinics to meet the same standards that hospital-style surgical centers must meet.

June 12 | Amid a worsening drought, California lawmakers tell farmers to reduce their water consumption, the biggest cuts in the state’s history.

June 16 | The FDA tells companies they have until 2018 to remove all artificial trans fats from food products.

The Golden State Warriors defeat the Cleveland Cavaliers 105-97 in Game 6 to win the NBA championship.

June 30 | Greece’s bailout expires and the country defaults on a $1.7 billion payment to the International Monetary Fund.

Cuba and the United States agree to reopen embassies in Havana and Washington.

July 2 | A ferry capsizes in the Philippines, killing at least 61 persons.

July 9 | South Carolina Gov. Nikki Haley signs legislation removing the Confederate flag from Statehouse grounds where it flew for more than half a century. 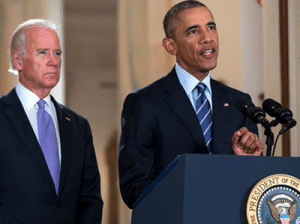 July 14 | The United States and five other powers reach a nuclear deal with Iran.

July 19 | A white University of Cincinnati police officer shoots and kills Samuel DuBose, an unarmed African-American, during a traffic stop.

July 27 | The Boy Scouts of America votes to end its ban on gay scout leaders.

Thirty-five women who have accused comedian Bill Cosby of sexual assault appear on the cover of New York magazine.

July 28 | The Children’s Hospital of Philadelphia announces it successfully conducted the first pediatric double hand transplant in the world for 8-year-old Zion Harvey.

July 29 | Turkey launches airstrikes on Kurdistan Workers’ Party camps in northern Iraq, upsetting Kurds who play a leading role in the fight against the Islamic State.

Aug. 13 | A Boko Haram attack on a Nigerian village leaves 151 persons dead. Many of the dead had drowned as they tried to flee across a river.

Aug. 16 | Government airstrikes on a Syrian marketplace in the rebel-held town of Douma leave at least 80 persons dead.

Aug. 21 | Three Americans and one Briton thwart an apparent terrorist attack aboard a high-speed train en route to Paris.

Sept. 2 | The body of a 3-year-old Syrian migrant boy ends up on a beach in Turkey, prompting an international outcry about the refugee crisis.

Sept. 3 | Kentucky clerk Kim Davis, found in contempt of court after she declines to issue marriage licenses to same-sex couples, goes to jail until Sept. 8.

Sept. 11 | A large construction crane topples onto the roof of the Grand Mosque in Mecca, killing more than 100 persons.

Sept. 15 | North Korea says it is ready to use nuclear weapons against the United States and any others opposed to the regime.

Sept. 19 | Pope Francis begins his visit to Cuba and the United States.

Sept. 21 | Goshen College and Eastern Mennonite University, which changed their hiring policies to include employees in same-sex marriages, leave the Council for Christian Colleges and Universities, averting a likely split in the organization.

Sept. 23 | Volkswagen CEO Martin Winterkorn resigns after revelations that the company falsified emissions tests on some of its vehicles.

Sept. 24 | A stampede at the annual Muslim pilgrimage to the city of Mecca kills more than 2,000 persons.

Oct. 1 | A landslide in a Guatemalan village kills more than 250 persons and leaves dozens missing.

Oct. 3 | Doctors Without Borders accuses the United States of war crimes after a U.S. airstrike in Afghanistan destroyed one of its hospitals and killed 22 persons.

Oct. 27 | Tensions mount after a U.S. warship sails by one of China’s artificial islands in the disputed Spratly region.

Nov. 4 | University of California at Merced student Faisal Mohammad stabs four people on campus before police shoot and kill him.

Nov. 23 | The U.S. State Department issues a worldwide travel alert due to the risk of increased terrorism. Brussels remains at the highest alert level.

Nov. 24 | After escalating warnings to stop violating its airspace, Turkey shoots down a Russian military jet near the Syrian border.

Dec. 2 | Syed Farook and his Pakistani wife, Tashfeen Malik, open fire and kill 14 persons and injure 21 others at the Inland Regional Center in San Bernardino, Calif.

Britain’s Parliament votes to join its allies in fighting ISIS in Syria. Two days later, Germany votes to join the fight against ISIS.

Dec. 3 | The U.S. Senate votes to repeal parts of Obamacare and cut off federal funding to Planned Parenthood.

Dec. 7 | In the wake of the San Bernardino attack, GOP presidential candidate Donald Trump calls for a halt to the entry of Muslims into the United States.

Dec. 8 | The U.S. House votes to tighten a visa waiver program to make it harder for terrorists to enter the country.

Dec. 9 | The U.S. Senate passes the Every Student Succeeds Act, an education overhaul that replaces No Child Left Behind. President Obama signs it into law the next day. 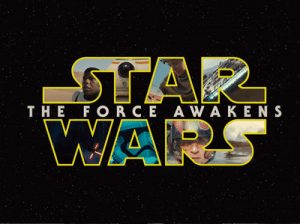 Dec. 12 | Saudi Arabia allows women to run for office and vote for the first time.