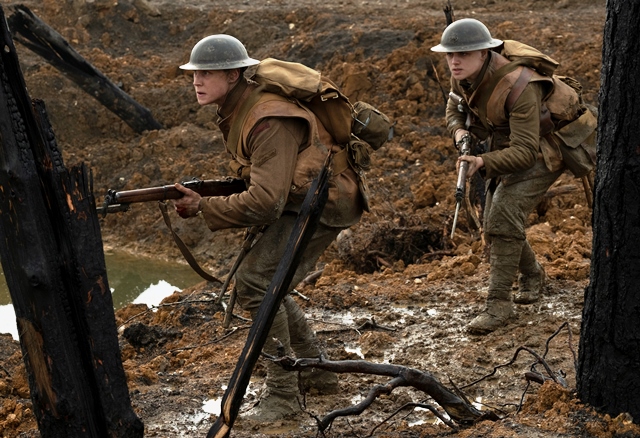 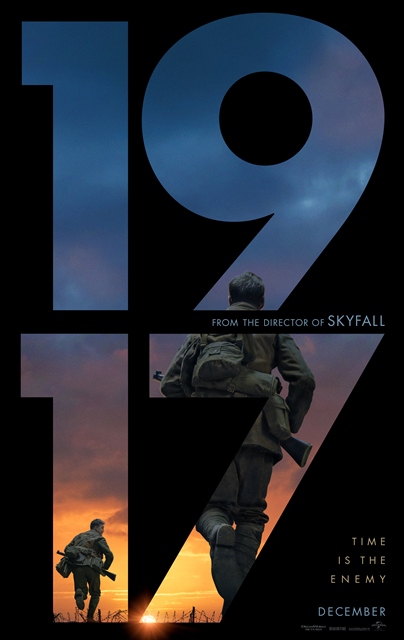 In the film “1917“, two British soldiers Schofield (MacKay) and Blake (Chapman) learn that hundreds of their companions – including Blake’s brother – may die unless someone warns them that they are headed for an ambush.  The British troops at risk think they are pursuing outgunned, retreating German forces for a crucial victory.  In reality, the Germans’ are strategically regrouping for an overwhelming surprise attack.  Schofield and Blake must traverse perilous enemy territory.  Snipers, explosive devices, warplanes, a raging river and more separate them from success.

Schofield has experienced the deadly perils of troops acting on incorrect information and wants to prevent a repeat.  Blake is driven by love for family and for his brother to persevere regardless of the obstacles.  Using an “immersive” cinematic technique that feels like one continuous film shot, the camera follows the two throughout their wild journey to create the impression the viewer is constantly in the mission, too.  Nonstop, breathtaking, riveting, emotionally intense – and sometimes quite graphic – action results.

“In a sense, the movie is about sacrifice,” notes writer/director Mendes, “and how we no longer truly understand what it means: To sacrifice everything for something larger than yourself.”  At a broader level, the film honors all military sacrifice for freedom and human good.

What drives someone to place their life on the line to save another?  We read of soldiers, first responders, parents and spouses making such sacrifices.  A soldier falls on a live grenade to shield his buddies.  9/11 NYPD and FDNY heroes charged into the burning World Trade Center towers while victims ran out.

In 1993, terrorists sprayed a multiracial church congregation in Cape Town, South Africa, with automatic gunfire and grenades.  Lorenzo Smith told me he sought to shield his wife, Myrtle, by lying on top of her on the floor.  Shrapnel pierced her left side near her heart, but completely missed him.  She died en route to a hospital.

What motivates life-threatening altruistic behavior?  Love? Dedication to a cause?  Brotherhood/sisterhood, cited by many soldiers and first responders? Could it sometimes be a search for significance, glory, recognition?  Perhaps escape from depression or despair?

Probably each of these and more play a part in different circumstances.  Lorenzo Smith loved his late wife.  He also loved his Lord, and – astonishingly – forgave the Cape Town church assailants: “I prayed for those that committed the crime…so they, too, can come to meet [the Lord].”

“There is no greater love than to lay down one’s life for one’s friends,” claimed Jesus. “The Son of Man came not to be served but to serve others and to give his life as a ransom for many.”

Of course, faith is not the only motive for altruism, but it can be a substantial one.  What would motivate you to put your life on the line for someone else?

“1917″ is an action-packed thriller that can prompt you to consider that question. Opens wide January 10 (USA & Canada). Rated R (USA) “for violence, some disturbing images, and language.”

Rusty Wright is an author and lecturer who has spoken on six continents.  He holds Bachelor of Science (psychology) and Master of Theology degrees from Duke and Oxford universities, respectively.  www.RustyWright.com